Hey! I have good news! Our little Gorgona’s family it’s increasing! A little Gorgon it’s to be born in November, and that has given myself, the mum-to-be, a new perspective about the problems of larping and gender.

I’ve been talking about this issue for a while with some friends and in some general groups of feminist larpers, but I want to share my own and new experience 😉

OMG! I’m pregnant and I have a larp this week!

I think that was the first thing I thought when I new it. I had to take a plane in two hours, that would begin a journey of 10 days, visiting three different countries, with an amazing ending, my first College of Wizardry experience.

My head was full of doubts. I was in so early state that I almost has no symptoms (luckily!!) but I was more tired than usual. In addition, it was before the three months barrier, so the risk of miscarriages it’s huge. My mind was spinning with questions, but I was decided to not let the pregnancy avoid the developing of my normal life.

So there we went. Fortunately I was travelling with my husband and we had been assigned to a double room, so I could rest if necessary. My first question, once arrived was if I should inform the organisation and my co-players (the closest ones). Finally, I decided to tell it only to the organisation, so they could know of my condition in case of a medical emergency. That’s what I would love to happen in my larps, and so I did. I didn’t talk with my co-players but one, as it was too early and I didn’t want the news to spread, just in case something got wrong…

As it was a no-contact larp, the risks about an accident were minimal. The only problem was getting too into the character that you forget that you need to drink and eat periodically. And, well, of course, that I was so tired that climbing the stairs from one part of the castle to the other was really hard. And I had to forget also staying late at night, including the afterparty.

All in all, it was an amazing experience. I loved the larp. I would have written a review in the moment, but I didn’t know how to separate it from my new maternity discovery… so I had to wait until now 😉

In the meanwhile… the sickness

I had a horrible first three months of pregnancy. Luckily they worst was just in between the two larps I had planned before knowing the news. Sickness, tiredness, lack of energy… So I was really worried about being part of Harem, the next larp I had planned.

So I talked to Muriel, the organizer of the larp, and she told me not to worry. I could be part of the larp without problem (I wasn’t the first pregnant women in taking part of it), and I could rest as much as I needed. Even though, I was feeling really bad and I kept praying for being better for that moment (I would be 14 weeks pregnant, so it was supposed to get better…).

One funny thing about being pregnant if you’re a larper is that the first people to know about your pregnancy are your organizers. It had happened to me when I was an organizer (some pregnant friend having to tell me it before the others friends), and I did the same when my time came. Priorities, I guess 😉

Luckily, I got better the week before Harem. We had a trip planned to Paris and I was able to enjoy it. I should take it easy, but I could do the basic things, and I was strong enough for going to the larp.

Before hand, I was worried about my character. In the casting process, I had asked for a dramatic character, that suffers the death of her son and has a bad relation with her daughter. So mother-child issues was the main issue of my game. But it wasn’t the same being pregnant myself. I had to be careful with the bleed of the character.

Surprisingly, I was able to play it a lot better than I thought. My character was sad all the larp, and her ending was quite tragic (It’s the first time ever I decided to kill my character in a larp due to her desperation). In fact, Aysel taught me a lot about maternity. When the larp has ended I was more confident about myself. I guess it’s difficult to be worst mother than she was 😉 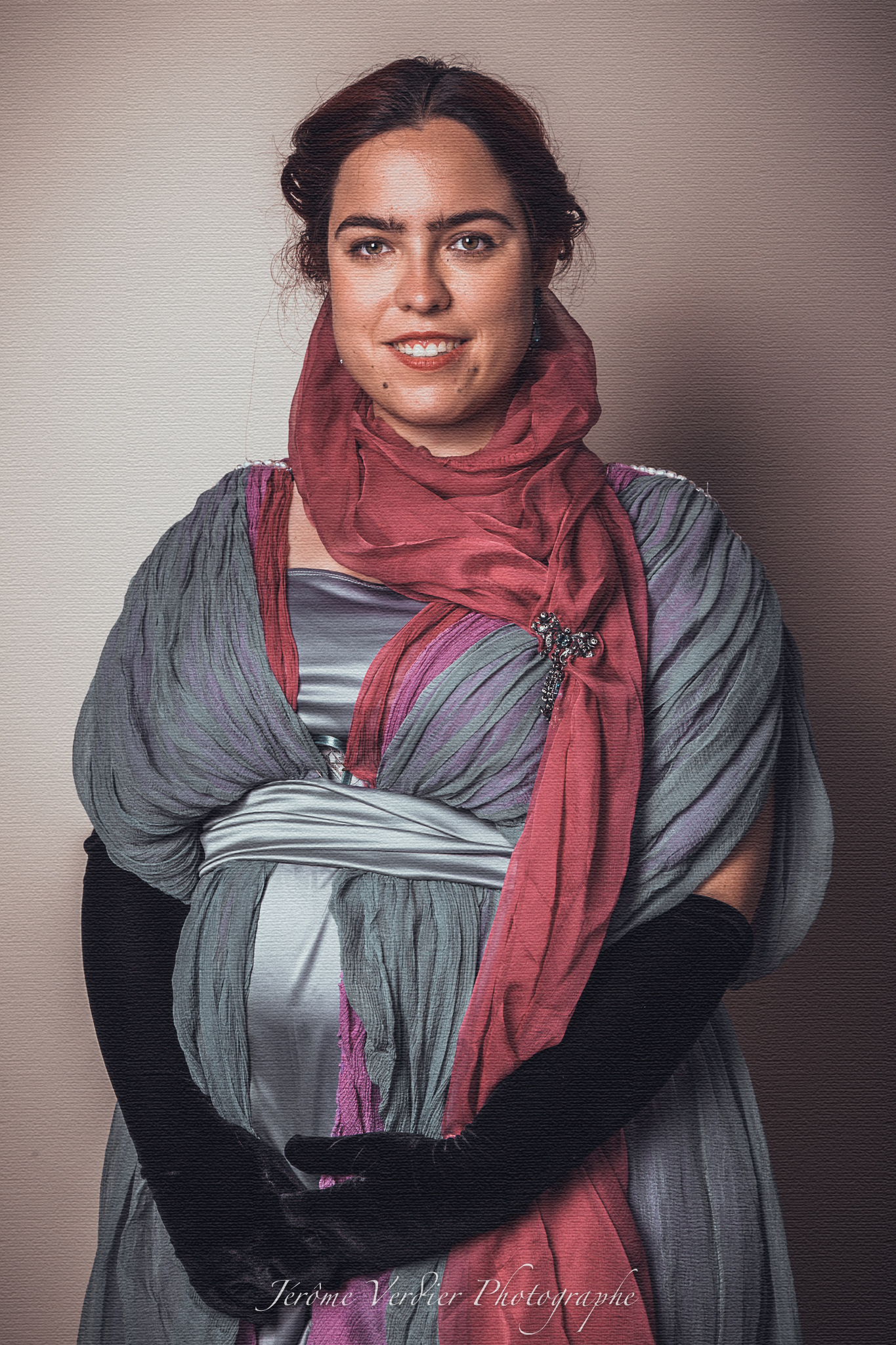 Other of the most beautiful things about this larp was that, for the first time, as the three first months were finished, I was able to be open in public about the pregnancy. I told it during the workshops, so all the players and NPCs knew about it and they could act in consequence. It was a marvelous experience. I was never more supported as a player. They took care of me, asked me if I was ok, and organisers/NPCs drove me between the two locations if I was too tired to walk. People, you were so great! You made me feel welcome and protected, and that’s amazing when you’re in a vulnerable position. 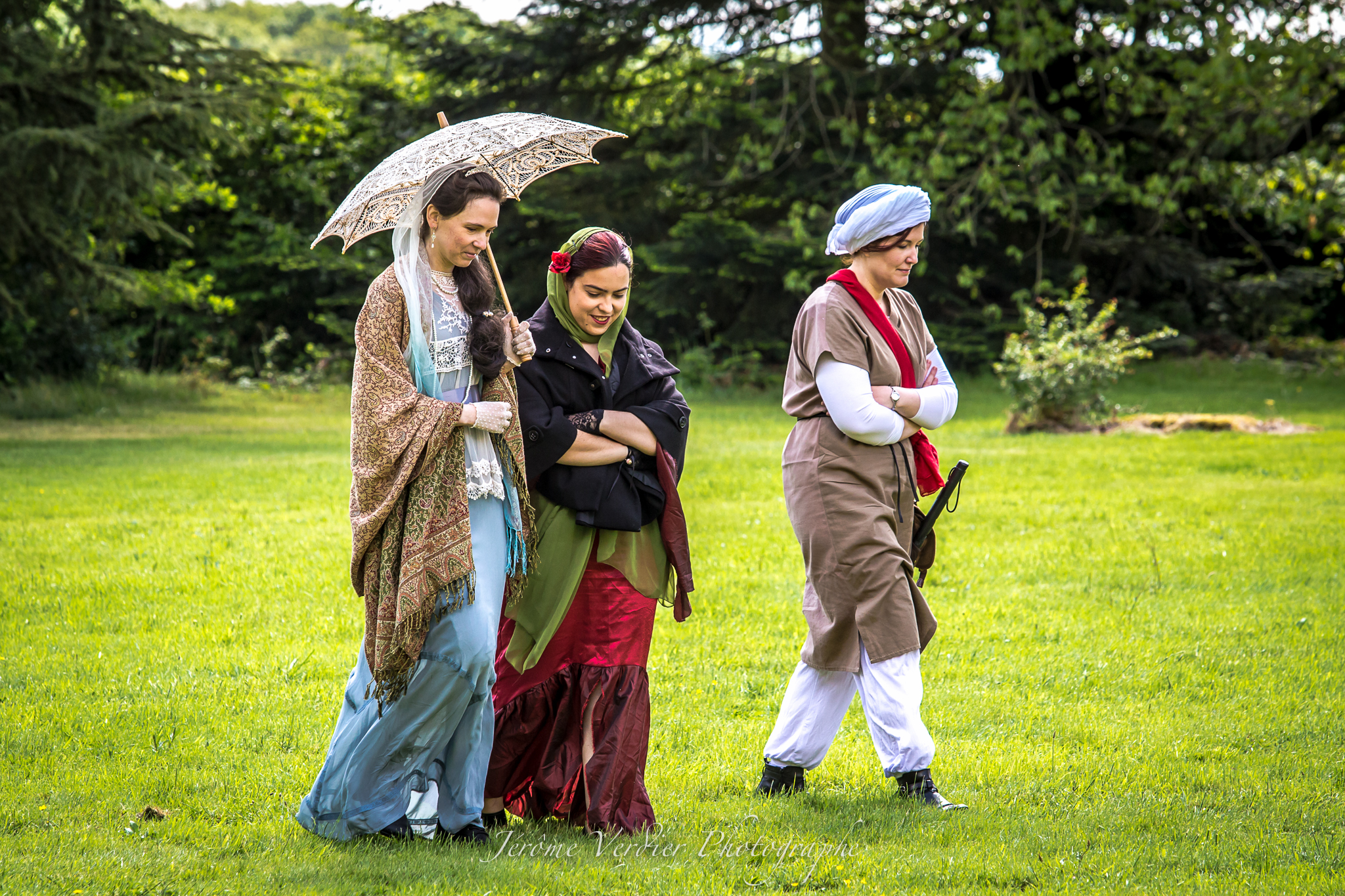 One of the brief moments of «happiness» with her daughter.  Photography: Jérôme Verdier

In addition, the larp made me realise another big thing about me and the baby. I’m an amateur belly dancer but I haven’t dance for a while when the larp began. But, as I was feeling so sad (well, my character was, but you know, the bleed 😉 )and oriental music was playing, I had the urgent need to express the grief through dancing. And it was a marvelous therapy both for me and the character. I finally even danced in public (improvising, that it’s always a difficult thing for me), and I was so happy with the results. I felt so connected with my baby through the dancing that I decided to keep dancing out of the larp, everyday. 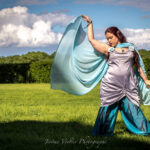 All in all, Harem son Saat was, maybe, the best larp I’ve ever played. And being pregnant in it was a marvelous experience that I will repeat again. I’m sorry for not writing a more traditional review about it, but there are some really good ones that you can read as Mo’s, (I will try to have time and write a little about the similarities/differences with our style of larp).