Who Am I? Larping after motherhood

Here I am again. After a year without writting anything. A year full of new experience, as our little Gorgon came into our lives and change them forever. The path to motherhood hasn’t been easy. At least to my identity.

In my social media I used to describe myself as «Historian. PhD in Archaeology. Larp designer.» Being a larp designer and a larper was a huge part of my identity, of how I see myself. But from the moment I got pregnant I could only play a couple of larps (if you’re interested in my experience I wrote about it here), and I couldn’t organise any.

I had a really rough pregnancy. The morning sickness stayed with me until the morning I gave birth. I couldn’t think, I couldn’t do anything. I felt as I was a total fake, half a person. I really wanted to create, it was important to me, but it was impossible.

And the little Gorgon didn’t make it easier when he arrived to us last November. Don’t get me wrong. I love my little one, it’s the best thing that ever happened to me, but it isn’t easy to be a new mother, leaving in a country in which you don’t have any family or social support. And it’s even worst when you have high expectations of yourself, and you want to do things, but you spend your days cluster-feeding the little one.

Luckily, I haven’t suffered from post-natal depression. I have been more active. But I have to be clear. In this 8 months, I only had time for one thing: taking care of the baby. No archaeological digs, no published articles, no larps, no larp writting. Anything. And in those moments, you don’t feel like a human-being, you feel like a milk-cow. A machine make to fulfill your kindred’s needs. Nothing more. And life should be more than that.

I have tried to write a larp for months, I have the ideas. But I haven’t got the energy to transform those ideas into reality. But it’s time to change that. Now I’m a little stronger, I have change the way I think about it, so I set little objectives.

And the first one is… being able to larp with the little one!

I’m still breastfeeding him, and I intent to do it for a while. So… he has to be with me all the time. And that’s a challenge. But with the help of the community I can do it or I hope to. 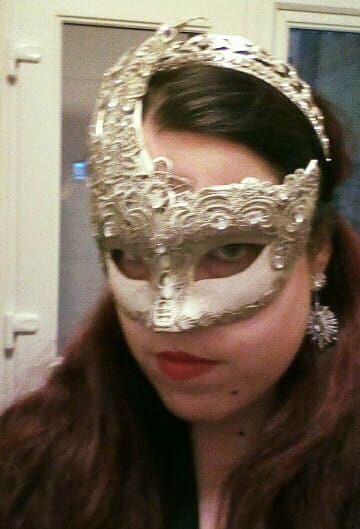 The first step has been to play two on-line larp scenes from the amazing larp «Nobilis» created by the talented Marina Peonía and her team. She was the one that believe that I coudl larp from England and with a baby. She adapted everything to it. And I’m so grateful. Those two scenes made me confident to try what I’m trying to do next weekend: playing two larps with the little one there.

And I will write about it here, I hope.